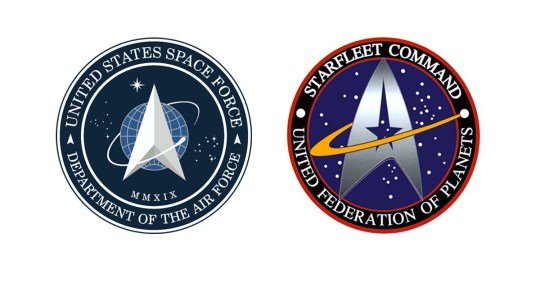 On August 2, 1943, while flying B-17E-BO, 41-2463, "Yankee Doodle", out of Espiritu Santo, the plane Roddenberry was piloting overshot the runway by 500 feet (150 m) and impacted trees, crushing the nose, and starting a fire, killing two men: bombardier Sgt. John P. Kruger and navigator Lt. Talbert H. Woolam.[11] The official report absolved Roddenberry of any responsibility.[11] Roddenberry spent the remainder of his military career in the United States,[12] and flew all over the country as a plane crash investigator. He was involved in a further plane crash, this time as a passenger.[12] He was awarded the Distinguished Flying Cross and the Air Medal.[13]

In 1945, Roddenberry began flying for Pan American World Airways,[14] including routes from New York to Johannesburg or Calcutta, the two longest Pan Am routes at the time.[14] Listed as a resident of River Edge, New Jersey, he experienced his third crash while on the Clipper Eclipse on June 18, 1947.[15] The plane came down in the Syrian Desert, and Roddenberry, who took control as the ranking flight officer, suffered two broken ribs but was able to drag injured passengers out of the burning plane and led the group to get help.[16] Fourteen (or fifteen) [17] people died in the crash; 11 passengers needed hospital treatment (one being the great yogi from Calcutta, Buddha Bose), and eight were unharmed.[18] He resigned from Pan Am on May 15, 1948, and decided to pursue his dream of writing, particularly for the new medium of television.
Top